Music and lyrics by Stephen Schwartz
Directed by Diane Paulus 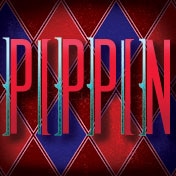 Pippin is a show of quirky historical provenance. It tells of the time of medieval French emperor Charlemagne who was committed to expanding Christendom and slaughtering non-believers. Pippin was his student son, ostensibly committed to the people and appalled at his fathers tyranny. As the show unfolds Pippin discovers rebellion, love and sex and from these potent threads does Schwartz craft his tale. Written some forty years ago against a backdrop of a USA enmeshed in the Vietnam War, American anti-Communist policies garnering questionable popularity and a nation reeling from the sacrifice of thousands of US troops in a far-off conflict of dubious purpose, there are moments when Pippin's message deafens with a contemporary resonance.

Schwartz's tale is told by a group of travelling players and set almost entirely as a play within a play. It is in Diane Paulus' interpretation of this show however, that musical theatre is re-defined. The troupe's Leading Player invites the audience to join her in watching their imminent spectacle in Magic To Do and hers and the company's superlative-fuelled descriptions are not hollow promises. The vision of Paulus’ production is quite-simply jaw dropping. The players perform in an on-stage circus ring, but where for example Barnum tried superficially to recreate a circus on stage, this show uses world class circus skills as the simple means to tell its story.Circus is the medium rather than the message and with illusions and stunts that are often breathtaking, it is truly rare to encounter a show that presents such a display of sheer human talent with minimal gimmickry.

Gabrielle McClinton understudied magnificently as the Leading Player. Her poise and coquette-ish cocked hat every inch a nod to the original work of Bob Fosse in whose style Chet Walker has choreographed this production. Both vocally and in her physical presence she held her audience rapt, showing as is often the case the energetic enthusiasm of the understudy who brings a fresh proud vigour to their performance.

Brit, Matthew James Thomas provides just the right amount of youthful naïveté to Pippin. Vocally perhaps not completely warmed up for the show's signature number, Corner Of The Sky, he was beautifully on his game for a spine tingling Morning Glow that closed the first act.

Key featured actors include fellow brit Terrence Mann as emperor Charles. The Yanks just can't resist an Englishman to play the bad guy and Mann does not disappoint. Laconically corrupted by absolute power, his War Is A Science is a cracking turn whose lyrics, on closer study, are a horrific comment upon the slaughter of war. Mann's real-life spouse Charlotte D'Amboise plays his on-stage wife Fastrada with a treacherously sly allure, whilst Rachel Bay Jones is widowed single mum and Pippin's love interest Catherine, bringing just the right amount of kookiness to remind us that the show was written when memories of the hippy 1960s would still be fresh

It is down to cast newcomer Tovah Feldshuh as Pippin's grandmother Berthe to provide the evening's show-stopper. Whilst her number No Time At All was always written as a singalong piece, Schwartz can surely never have imagined that it would be sung by a sexagenarian actress, suspending herself from a trapeze high above the stage, (sterling physical accompaniment from the muscular Yannick Thomas, up there with her) as she sings the brilliant yet powerfully poignant shtick of lyrics that tell of a rudely youthful and vigorous mind reluctantly forced to acknowledge the constraints of an ageing body. Feldshuh's routine is flawless theatrical excellence.

Schwartz's melodies are inspired, his harmonies sublime and with lyrics that are often outstanding, he can be forgiven the odd lapse (a "left-handed flea" anyone?) in his pursuit of gloriously assonant rhyme at all costs. (And in an un-related hint of possible post-Pippin plagiarism, listen carefully to the middle bars of Pippin's Glory and ponder if they might have inspired John Kander's opening bars of All That Jazz from his and Fred Ebb's Chicago that was to hit Broadway some three years later.)

This band of travelling players, or at the very least their production, need to do what Charlemagne failed to achieve. Land in Britain, conquer the West End (soon) and run for years.

For a glimpse of the magic that this show represents, watch this video.