Everything You Always Wanted To Know About Acting *

* But were afraid to ask, dear

The most elusive character in London’s theatre world has recently released his indispensable handbook to those involved in the business of board-treading. Always immaculately clad in the most chic of prosthetics and with a media profile that would have made Howard Hughes look like a publicity hungry maniac, West End Producer, who clearly has industry knowledge aplenty (and at the highest reaches too), lends this work a calm and reassuring voice of authority.

Recent years have seen modern, politically correct, management classics become must have books in business-land. Who Moved My Cheese? along with The Seven Habits of Highly Effective People have long been airport best-sellers amongst the Patrick Batemans of this world, eager to get ahead through exploiting their strengths over other’s weaknesses. West End Producer’s classic (for it is indeed such) is no different. Whilst being a handy ready-reference to members of the acting fraternity, he pulls no punches. His Actors’ Dictionary is a summary of such on-point perception that it could easily be applied to frankly, any occupation whatsoever.

Telling it as it is, with of course specific relevance to performers, amongst many gems of priceless import are a caution to impoverished actors against an easily affordable vegan diet whilst on tour. (Pungent farts are a guaranteed consequence.) He also sounds a warning to hungry performers not to eat too many biscuits in rehearsal. With a beady eye on his shows’ bottom lines, West End Producer’s production managers are instructed to keep a close eye on biscuit consumption and hence profitability. Dismiss these priceless candid pearls at your peril, for on such little stepping stones of knowledge are glittering careers established.

West End Producer's world is gritty, real and his knowledge is broad and deep. When he refers to the likes of Trevor Nunn, Cameron Mackintosh et al, the clang of his name-dropping has a reassuring resonance of authenticity. The rubber-faced guru writes of an industry where nothing less than the hardest work and effort may heartbreakingly still not yield success, for his is an environment (much like any other) where “who you know” is oft-times more important that “what you know”. Sexual predators abound and eyes need to be kept wide open whilst other body parts should remain tightly closed (I refer you to his definition of the FAST rule, page 125 for specifics)

Everything You Always Wanted To Know About Acting should be required reading included in the syllabus of every Drama School in the land. And who knows? With just some minor tweaks and a name change perhaps to Who Moved My Dom?, West End Producer could yet have written the next big airport bestseller.

Bring on the movie, #dear. 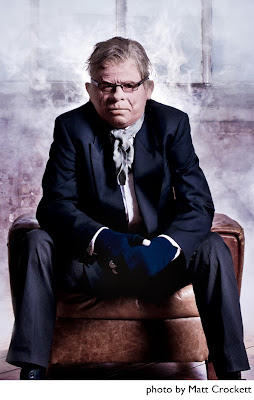