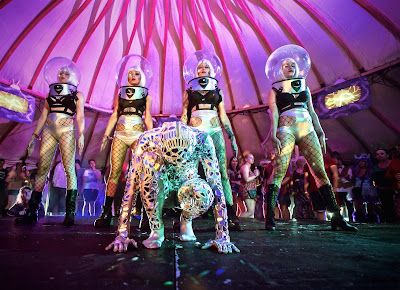 A loose story weaves its way tenuously through the evening that presents a medical study of psychosexual therapy, the audience observing the patients’ unconventional sexual preferences with the end goal being sexual liberation for all.

The show starts with a bang - and, to be fair, one of the standout performances of the night from Jessica Holland - and proceeds to roll on through number after number. It transpires that the evening comprises a series of vignettes; choreographed solos and group dances, with a smattering of comedy and clothing throughout.

The performers’ athleticism and strength is enough to turn heads, but is regularly limited by the choreography, with dancers are conventionally stunning, even if lacking in any real diversity. A disappointment was that the event was very much viewed through a male prism, which is at odds with the promise of female empowerment outlined in the show’s promotional material.

The real highlight of the night is the soundtrack. Far more than a supporting actor to the performers, it never fails to deliver, gaining momentum throughout - in stark contrast to the performances.

It was also unfortunate that the venue did the show little justice. Small and intimate it may be, but the space is not designed for such a multi-set performance. Seating is limited, and it’s difficult to see all of the performances comfortably. Audience participation, and any element of immersion is sparse, bar the ending when the observers are encouraged to join the dancers and further the crusade of liberation.

Reviewed by Bhakti Gajjar
Posted by Jonathan Baz at 12:42