Music and lyrics by Stephen Schwartz 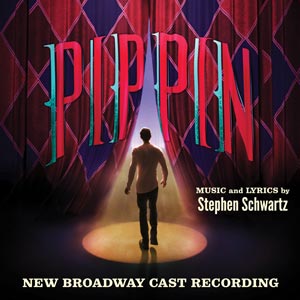 This review was first published on The Public Reviews
It is 40 years since Stephen Schwartz’s Pippin first arrived on Broadway. On paper it’s a quirky show, inspired by the historical reign of Charlemagne whose empaire in the early Middle Ages stretched from what is now modern day France through Germany to Italy and zooming in on the Emperor’s eldest son Pippin. This is not your standard “boy meets girl” musical love story, but more an exploration of a young man trying to find himself and define his relationships with his powerful dominant father Charles, a conniving wicked stepmother Fastrada who is out to prefer her natural son, an enchanting grandmother who his father has exiled and ultimately the young widowed Catherine, mother of a young son, who falls for him. With parables of war at its core and Vietnam clawing at the psyche of 1970s America, the show was acclaimed by New York on its opening and under Bob Fosse’s direction it garnered numerous awards and nominations. This new Broadway version is already living up to its predecessor’s standards and is the most nominated show in town so far for 2013.

The recording of this work is simply an invigorating joy to listen to. Patina Miller, who as this review is written is a Tony Nominee for Leading Actress, opens the show as the Leading Player with the instantly recognisable Magic To Do, though in line with this production’s values the song is as stunning as it is familiar. Her troupe of Players are a clever creation by Schwartz, acting  as both guide and Chorus to the shows protagonists. Corner Of The Sky, perhaps the show’s most recognised number follows next on the album, and as Pippin, Matthew James Thomas combines youth with a strength of purpose and a clever blend of naivete and assertiveness. The tonal talents of this young actor mark him out as a truly remarkable performer.

Andrea Martin as Grandmother Berthe has a rudely glorious number with No Time At All, as she wryly looks back on life from her senior age. Her line “when your best days are yester, the rest’re twice as dear” is but one example of Schwartz’s razor sharp wit that makes this song, recorded with an audience sing-a-long chorus that could so easily be cheesy but is in fact exhilarating, an absolute delight. Charlotte d’Amboise as the maturely seductive Fastrada sings of having youthfully sulked and pouted in her coyly delivered Spread A Little Sunshine, but the song is a thinly veiled description of a seductress still very well aware of her charms and wiles and also transfers seamlessly to the recorded medium. As Catherine, Rachel Bay Jones gets a handful of solos, with Kind Of Woman being a tale of an ordinary independently minded, yet still “wonderful girl”, whilst I Guess I’ll Miss The Man is a poignant realisation that Pippin has still to journey on and leave her, as he seeks to discover his destiny.

Schwartz is that rare writer/composer who not only has a perceptive eye and witty mind, but also the ability to harness these talents to mainstream commercial success, an achievement that few, if any of his creative peers can match. This recording mirrors the writer’s talents. It’s a perfect copy of a strong story, told with recording values that capture not only the talent of musicians and actors, but also encapsulate the spirit of the live staged show. If you love musical theatre then this recording has to be a part of your collection. You will not be disappointed, it truly is magic for you.