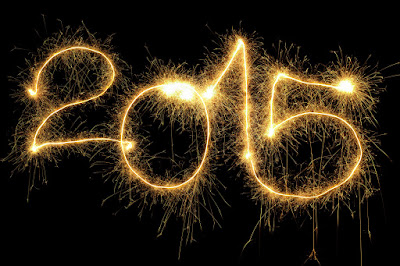 As 2015 draws to a close, here is my personal look back on the performance highlights of the last 12 months.

This list is entirely subjective - and marks out the shows I have seen, that, as Sondheim’s Mary Flynn put it so eloquently in Merrily We Roll Along, " will stay with me for a long time....”

My list includes musicals, drama, cabaret and concert performances - together with an eclectic Best Of The Rest.

Here's are my favourites.

The best new musical production this year has been Daniel Evans' company-led revival. In a cast topped by the cream of British musical theatre, Gina Beck, Michael Xavier and Rebecca Trehearn are sublime - though the sucker punch that stuns half way through act one is Emmanuel Kojo's Joe, the young actor re-defining Ol' Man River and destroying most of the audience in the process.

Played out against Lez Brotherston's weathered steamer of a set, this show runs until late January. There is talk of a deserved transfer into the New London, but until that's confirmed, book yourself a ticket at Sheffield's Crucible. Read my original review.

Anything Goes – It’s another nod for Daniel Evans and the Crucible as Debbie Kurup led a fabulous company in a hilarious revival. The tour length may have been ambitiously conceived, but for those who caught this show, cheeks will have ached from grinning! Read my original review.

Carrie – In a bold move that was directed by the West End’s visionary Gary Lloyd, Southwark Playhouse took one one of (The RSC’s) most famous flops and turned it into something breathtaking. The lyrics may have been as iffy as ever, but Evelyn Hoskins as the late-developing teenager, Kim Criswell as her wicked mother and Jodie Jacobs as her caring teacher all dripped with talent as they brought this blood-soaked period piece to South London. Read my original review.

Funny Girl – Sheridan Smith takes La Streisand’s gift to the world and quite simply re-invents it. With Broadway helmsman Michael Mayer directing, Smith smashes the role, giving a chance to see this classic show re-imagined for the 21st century. Read my original review.

Gypsy – Already featured in my best of 2014, however Jonathan Kent's direction and Stephen Mears' choreography engineered a slick transfer from Chichester to the West End confirming Imelda Staunton's genius. (Was there ever any doubt?) Read my original review.

Mrs Henderson Presents – A beautifully brave, brassy and British show that trailed briefly at Bath before it's imminent West End arrival in February. Don Black's lyrics, Terry Johnson's direction and a gorgeously talented cast led by Emma Williams and Tracie Bennett helped transfer this gem of a britflick onto the stage. Read my original review.

The Producers – This celebrity-powered tour captured the genius of Mel Brook's provocative comedy, executed with pinpoint timing. Offensive to Jews, gays and women - though most of all ripping the piss out of Nazi fascism, Tiffany Graves' Ulla was unforgettable.  Read my original review.

Tommy - In an inspirational nod to The Who's classic rock-opera Michael Strassen directed and Mark Smith choreographed a blisteringly moving production. The pulsating score was given a perfect treatment, whilst John Barr's vile Uncle Ernie was as evil as it was brilliant. Read my original review.

Best Play The Merchant of Venice and Death Of A Salesman

This is a tie between the Globe’s Merchant and the RSC’s revival of Arthur Miller’s classic.

Jonathan Pryce’s Shylock (Read my original review) was amongst the most intelligent recent takes on this complex character, with Jonathan Munby’s vision of the play’s final scene proving to be devastating.

In The RSC’s Death Of A Salesman, (Read my original review) Antony Sher, Alex Hassell and Harriet Walter charted the implosion of Willy Loman and his family in excruciating detail. Greg Doran cleverly directed, in a production that proved to be the best since Michael Rudman/Warren Mitchell’s “definitive” 1979 version at the National Theatre.

Barbarians – Sadly, the brilliance of Barrie Keefe’s dissection of society is as valid today as it was when Keefe penned this unflinching play in 1977. Set site-specifically in the former Central St Martins, the birthplace of punk proved an appropriately harsh setting for Rachel Thomas’ Tooting Arts Company’s production. Thomas Coombes was chilling as he led Bill Buckhurst’s company. Read my original review.

Casa Valentina – A brilliant play from Harvey Fierstein that would have so easily (and so deservedly) slid into a West End transfer. As a group of heterosexual male transvestites meet in a Catskills Mountains retreat in the 1960’s, marital and society’s pressures prove unbearable. Gareth Snook and Tamsin Carroll headed a fabulous cast. Luke Sheppard helmed assuredly. Read my original review.

Oppenheimer –  It’s The RSC again, with new-writer Tom Morton-Smith’s troubling, perceptive take on the “father” of the atomic bomb (top work from John Heffernan) earning a well-deserved transfer to the West End. Read my original review.

Real life brother and sister Ceri Dupree and Ria Jones pulled off a sensational tribute to the glamour and stardom of Hollywood and Europe’s Grandest Dames with a combination of vocals, patter, knowledge and sheer presence that demands a return to the capital next year. Sarah-Louise Young directed a show that deserved an award just for Dupree’s costumes alone! Read my original review.

For one night only, Alex Parker assembled a stellar cast including (amongst many others) Janie Dee, Laura Pitt-Pulford and Anne Reid in a tribute to Broadway's finest composers. We're used to seeing singers turn up for one-night stands, but quite how Parker managed to conjure up a 30-piece, perfectly rehearsed orchestra remains an enigma! Read my original review.

The Best Of The Rest

Cirque du Soleil – Love – A business trip took me to Las Vegas where ten years after its opening, I finally caught up with Love.

The imagination poured into this display of physical performance and set to a re-engineered original Beatles soundtrack played by the band themselves, frankly puts all other juke-box musicals to shame. This is no tawdry fictional rom-com, nor a quasi-biography of a band. Rather – this is talented performers sculpted and transforming into jaw-dropping tableaux, to the music of The Beatles.

Just imagine “Something in the way she moves….” being played to an ethereal aerial ballet, as a suspended white-clad performer is flown around the theatre to this most exquisite of melodies.


Dismaland – Street-artist Banksy put on a show that lasted a month in a derelict lido in Weston Super Mare. Tickets cost a fiver and sold out in  a blink. His take on Britain today was as cynical as it was, at times, piercingly accurate. If Banksy does something similar again, don’t miss it. Read my original review.

Psycho Live – Anthony Gabriele, one of today’s most talented musical directors led the 40 string musicians of Cinematic Sinfonia in performing Bernard Herrmann’s legendary score to a screening of Hitchcock’s classic. Gabriele showed that it is indeed possible to improve upon perfection. Read my original review.
Posted by Jonathan Baz at 22:30