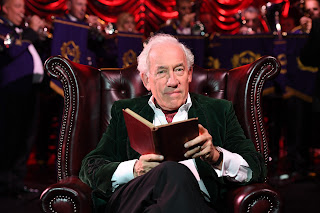 Released on 1st of December from Island Records, Simon Callow’s narration of Charles Dickens’ seasonal classic marks the 175th anniversary of Dickens self-publishing the original tale. Two years ago Callow adapted the novel into an acclaimed one-man staged performance and it is that version now being released.

Much like a luxuriously fruited and brandy drenched Christmas pudding, Callow’s voice (surely a national treasure in itself) serves up the festive fable in a recording that lasts a touch longer than the hour. Callow savours Dickens’ descriptions, his telling of the story offering up vivid portrayals of Ebenezer Scrooge, the three foreboding Spirits that visit him through the early hours of Christmas morning and all the other Cheapside characters.

Adding a subtly seasonal musical backdrop and occasional musical interludes between the chapters, The Brighouse And Rastrick Band offer a selection of carols from their award-winning brass ensemble. In addition to Callow on CD1, a second disc provides a further 20 or so carol melodies recorded by the band, offering the opportunity to either sit back and listen, or maybe join in for a singalong.

It all makes for a marvelous recording and in our modern world, where video-based entertainment spews forth from screens that are everywhere, how wonderful to simply play this recording and let Simon Callow’s magical voice take one’s imagination back to 19th Century London.

Available to buy and download from all the usual retailers and digital platforms. 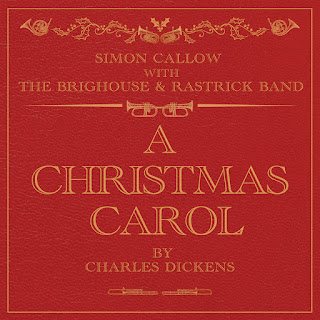