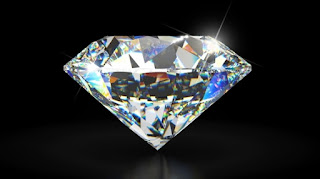 In what has been another full and stimulating year of reviewing countless revivals and some occasionally excellent new writing, below are the twelve productions that have impressed me the most during 2017.

Even more compellingly, only 6 of the 12 originated in London. Of the remaining 6 shows (one of which hails from France) 5 were created in the UK's regions. This speaks volumes for the vast amount of creative and performing talent that sits outside the M25.

In alphabetical order, here is my 2017 Diamond Dozen with links to each show's original reviews:

A Christmas Carol at the Lyceum, London from the London Musical Theatre Orchestra

A Little Night Music at the Watermill Theatre, Newbury

Follies at the National Theatre, London

Singin’ In The Rain at the Grand Palais, Paris

The Life at Southwark Playhouse, London

The Revlon Girl at the Park Theatre, London

Who’s Afraid Of Virginia Woolf at the Harold Pinter Theatre, London
Posted by Jonathan Baz at 21:58