Frostbite, Who Pinched My Muff? - Review 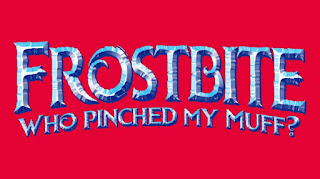 It is grim to have to publish the a review of a show that has currently had to dim its lights, firstly due to the imposition of Tier 3 restrictions upon London and which now languishes under the quasi-lockdown of Tier 4.

But rather than mourn the closure of Frostbite, Who Pinched My Muff? this review will celebrate the show’s genius and look forward to its intended revival and return to Vauxhall’s Eagle, when lockdown is lifted.

The deliciously camp plot centres upon the evil Demon Frostbite (Nathan Taylor) and his attempts to lure Dame Herda Gerda (Dereck Walker) from her life of purity and chastity, to become his sidekick. Joyner’s story proves as wonderfully fairytale as the season demands – and is only enhanced by a McWhir’s stunning company who deliver pantomime perfection. Immaculate timing, audience interaction (to the extent that masked social-distancing permits) executed with pinpoint perception and moments of excruciatingly hilarious embarrassment, all make for an evening of entertainment that is absolute succour to a world that has been denied much to laugh at for the last 9 months. Not just Taylor and Walker, but their five fellow performers are all at the top of their game, with special mention to Bessy Ewa’s Greta who as dance captain, makes sure that William Spencer’s imaginative choreography is drilled to perfection in the tiny performing space.

Definitely not for children, Frostbite, Who Pinched My Muff? Is quite simply a theatrical treat whose careful crafting has transformed gloriously filthy lowball comedy into high-class entertainment. When it returns to the Eagle’s back garden, it will be unmissable!