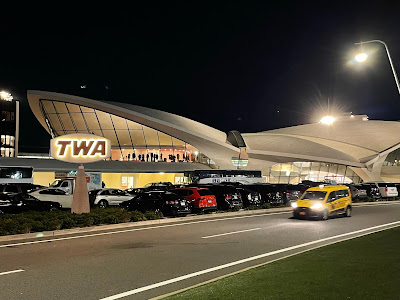 Opened in 2019, and listed by Time Magazine as one of the World's Greatest Places of that year, New York's TWA Hotel located in JFK Airport is built in and around Eero Saarinen’s stunning TWA Terminal building, constructed in 1962 and now a New York designated landmark as well as being listed in the USA’s  National Register of Historic Places.
Arriving by plane or train the hotel, adjacent to Terminal 5, is reached via the Airtrain shuttle and then a short walk. As one approaches the building piped music plays Jimmy Webb’s 1967 Up, Up And Away, recorded by The Fifth Dimension, a tune that TWA was to incorporate into their advertising a few years later. Vintage cars are parked outside, before one then enters Saarinen’s building where the design touches are the perfect combination of class and kitsch. There's even a Twister room!
1960s Kitsch 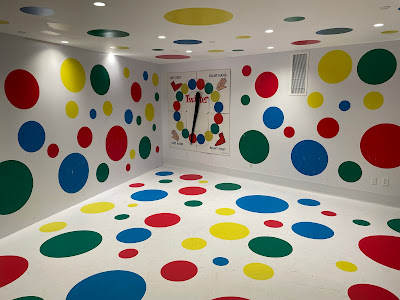 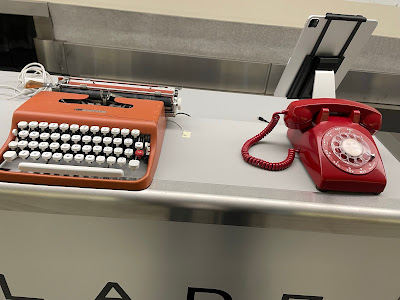 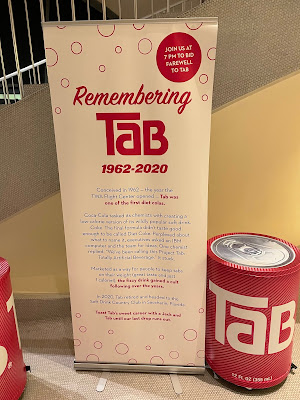 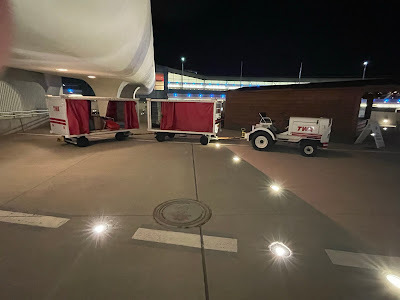 Checking in on arrival takes place at what was once the airline’s check-in counters, before taking one of the two original (and would have been very futuristic in their time) tube-like corridors to the respective accommodation buildings - both of which are new-build - that provide approximately 500 well appointed and spacey rooms. And yes, before one asks, the sound-proofing is immaculate. In the bedrooms the peace and quiet is better than a typical NY midtown location with not even a whisper of JFK’s aircraft noise.
But back to the 1960’s theming. Throughout the public areas the muzak, set at a comfortable background level, is appropriately calibrated to a mix of Beatles, Monkees, Sam Cook and other era-appropriate classics. But it is so much more than that. TWA’s original departure boards (with the letters that clicked and flicked over) have been lovingly overhauled to display fictitious departures and arrivals that update throughout the day, that flicking sound in itself a blast from the past, with airlines of the period listed by their respective flights. To the UK, the departure board includes both the BOAC (remember them?) and TWA flights. American competitor Pan Am is noticeably absent from the display. 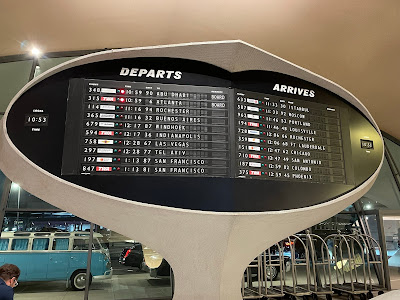 The payphones are of the period too, with 1960s posters and memorabilia (typewriters, luggage carts) subtly positioned to add to the ambience. Above all though it is Saarinen’s magnificent, swooping, functional architectural curves that define the hotel’s beauty. 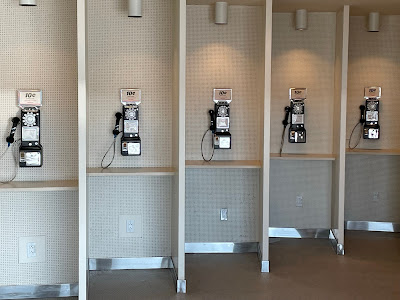 It is a note of historical irony, that Saarinen’s building (conceived some years’ earlier in the 1950s) was created for the passenger loads of the turbo-prop Constellation aircraft, the hitherto backbone of the TWA fleet. Saarinen could not have foreseen the impact of Boeing’s 707 jet airplane onto the airline industry, a plane that was to ramp up both passenger volumes and journey range and thus almost started his terminal building’s decline into obsolescence from the outset. The hotel however pays a further remarkable tribute to the airline’s flying history with “Connie” a vintage, de-commissioned Constellation now serving as one of the coolest cocktail bars in New York City!
Connie 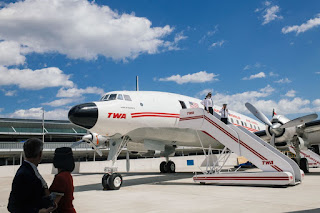 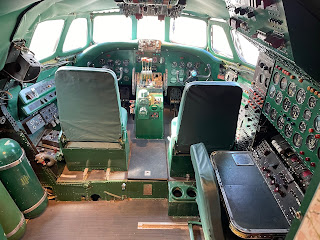 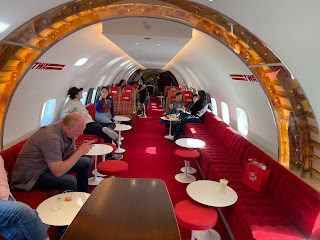 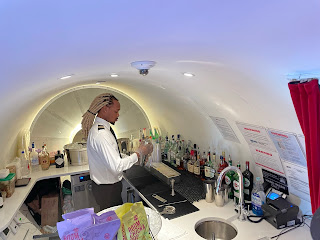 There’s a wonderfully and very warm infinity pool on the roof. So as the chilly NY winds whip in from the Atlantic, to sit in the pool with (another) cocktail in hand watching the planes take-off and land is another great way to pass the time. For those keen on fitness there is also a large and very well appointed 24-hour gym. 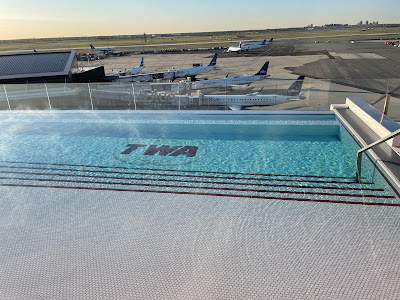 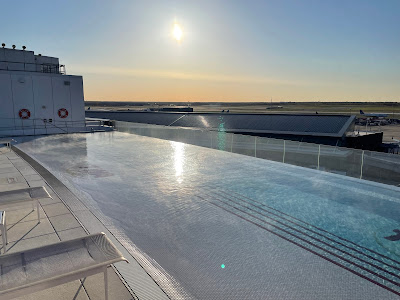 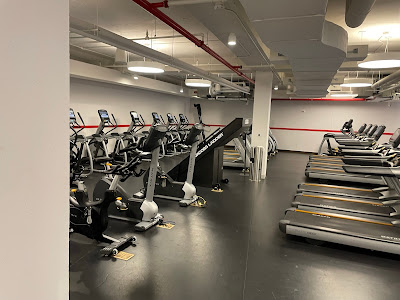 The cultural, design and architectural impact of the building was significant and the hotel has curated replicas of Howard Hughes' office and Eero Saarinen's design workstation together with a collection of TWA uniforms. 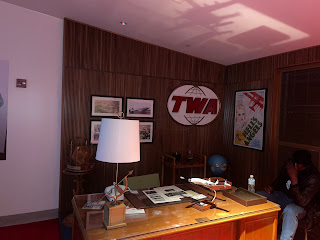 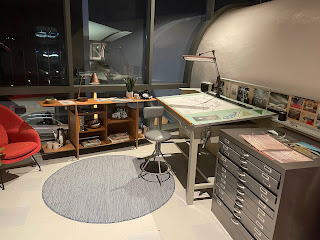 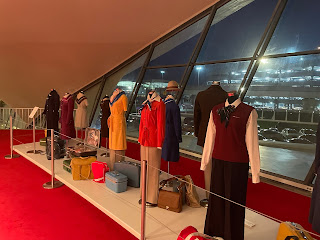 The food in the Paris Cafe restaurant is freshly made and well presented at typical NY prices. On my first night the tuna tartare followed by pizza were both impressive. On the second night the fillet steak was equally well prepared and served. There is also a 24-hour food court serving simpler and far more average fare, which is itself a nice touch given that many guests could be arriving/departing the hotel at anti-social hours.
Located on JFK's remote outcrop of Queens and at least an hour away from midtown Manhattan, the hotel is niche and not best located for those looking to either enjoy the city’s traditional tourist spots or commercial centres or indeed to load themselves down with shopping. But no matter - if you are flying into or out of New York and your schedule permits, the TWA Hotel makes for a sublimely styled experience.
Oh, there's a roller-skating rink around Connie too that this visit was not able to include. However it can be reported that Connie’s Mile High Margaritas are terrific!
Owned and managed by MCR Hotels, to book the TWA click here
Posted by Jonathan Baz at 14:28