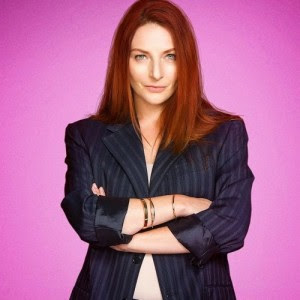 The Dutch singing sensation Willemijn Verkaik In Concert at The Ambassadors Theatre was always going to be highly anticipated. Having sung the role of Wicked’s Elphaba in three different languages (an un-precedented feat) and recorded the voice of Elsa in Disney's Frozen in Dutch and German, a one off London concert to let the audience know a bit more about the lady behind the voice was long overdue.

Joined on stage by musical director and pianist Tom Deering as part of a quartet of musicians, before the show started it did seem questionable if a theatre venue rather than a more intimate concert one would have been more appropriate. This doubt was quashed by the presence of Verkaik entering the stage and beginning her programme with A Piece of Sky from Yentl and something was quite evident, this is a lady that loves to sing. Not just that, but Verkaik offers no pretentiousness. Just the opposite. An endearing humility that is a pleasure to witness – an honesty very evident during her story of auditioning for the role of Aida in her early career and the layers of make-up and tissue paper she put down her bra to look fuller figured, witty and relatable to all the female performers in the audience!

The first act in particular contained some real crowd pleasers in terms of song choices that displayed Verkaik’s higher register impeccably such as You’ll Be In My Heart from Tarzan (in which she currently stars in Stuttgart) and Frozen’s Let It Go which she sang bilingually. Revelatory were middle voice songs that had more contrast in terms of vocal colour such as Adele’s Turning Tables and The Winner Takes it all, the later sung to acoustic guitar so tenderly.

The guest performers of Victoria Hamilton Barritt and James Fox gave strong vocals, in particular during the trio of Aida’s A Step Too Far.

With a vocal stamina arguably unrivalled in musical theatre, Willemijn Verkaik In Concert cemented this status. Her delight in both singing and in she has achieved, is certainly refreshing. Perhaps a musical programme with more comedic interaction with her guest performers could have just been the icing on this very classy cake, but overall the night was certainly a triumph for Willemijn Verkaik.