The Distance You Have Come - Review 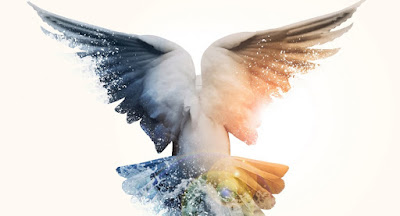 There is a parable of a jeweller who was given a magnificent diamond to work on but which had nonetheless sustained a deep scratch. The craftsman set to work on the gem and atop the blemish he carved a rosebud, using the scratch as the flower’s stem and delivering a diamond of unparalleled beauty.

So it is with Scott Alan’s The Distance You Have Come, a song cycle drawn from Alan’s work to date. The writer has been magnificently brave over the years in speaking openly of his battles with depression and there are songs here that have been written from his darkest depths. And yet, fashioned together in this two hour gig, they meld to create an event of uplifting beauty and hope.

Set in the round the scenery is simple yet stylish. Suspended branches overhang a park bench, a swing and, ingeniously, a pond too. It says much for Alan’s reputation that he has drawn a cast from amongst the finest musical theatre performers who all leave their own distinctive imprimaturs on the writer’s work, both old established numbers as well as his newer compositions. Alexia Khadime offers up a gorgeous re-working of Anything Worth Holding On To, as Emma Hatton takes At All, a song composed by Alan for a leading lady, with Hatton passionately claiming the work in a re-written, re-imagined style. The writer’s devotees will be pleased with inclusion of old favourites such as Kiss The Air, I’m A Star and of course, Never Neverland (Fly Away).

Alan directs with a soft sensitivity and credit to Sarah Evans and Krystal Lee for having the vision to produce the project. The Distance You Have Come makes for a moving and thoughtful evening.

Runs until October 28th
Posted by Jonathan Baz at 17:00