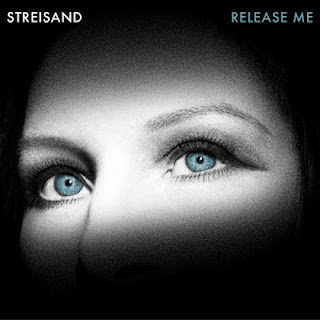 Release Me is a collection of songs from Barbra Streisand, previously un-released and amassed over the remarkable six decades of her career and none of which have been heard before. The singer’s archives contain her original master tapes dating back to 1962, and it is from these authentically aged recordings that the album has been compiled.

The oldest song in the selection Lost in Wonderland is a lilting bossa nova penned by Antonio Jobim who several years earlier had written the global hit The Girl from Ipanema. Streisand admired Jobim’s work, but in the shadow of the Ipanema classic, deliberately wanted to explore a lesser-known title. The resulting youthful treatment of the Brazilian sound is a delight, her voice seductively snaking around the South American rhythm.
From the oldest to the most recent, If Its Meant To Be is the freshest of the album’s recordings. Written by Brian Byrne with Alan and Marilyn Bergman, it was originally intended for Streisand’s 2011 CD release What Matters Most, but failed to make the final tracklist. Listening to this song, recorded when the singer was approaching 70 and contrasting it with her sound from nearly 50 years earlier, one can truly gauge the vocal stature of the woman. Whilst the timbre of her voice may have matured with the years, her ability to sweetly hit the perfect note and hold it with measured strength for as long as the song demands has not faltered.

A Streisand album would not be complete without a generous dollop of moist eyed schmaltz and Mother and Child, albeit an acoustic delight from 1973, is a touching song that perhaps a little mawkishly grabs the heartstrings.
Streisand includes With One More Look At You from the movie her 1970s movie A Star is Born. The wonderfully detailed liner notes, prepared by Jay Lander, Release Me’s co-producer, state that the film and its soundtrack album featured the version of the song that was  performed live on camera as the picture was shot and that the recording included on the album is therefore the first stand-alone studio recording of the song to be distributed. Streisand taped the number at the time of the films release and listening to it today brings a fresh re-interpretation of memories of the movie, but with the familiar sound of a younger Streisand voice providing one more look , albeit from a slightly different perspective, at one of her classics.
It is no surprise that the album’s release is shrewdly timed with the festive season approaching, however whether one is a devotee of the diva, or simply curious to hear one of the finest singers of recent years, this collection of songs demands to be purchased. Streisand’s reputation is deservedly that of a living legend and this album proves why.
Posted by Jonathan Baz at 00:54