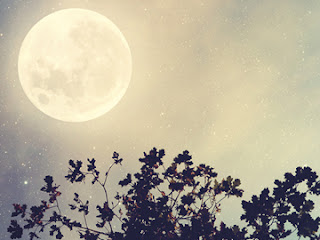 There were almost as many stars on stage as there were twinkling lights in the scenic starcloth hung behind the orchestra, such was the pedigree of Alex Parker’s production of Sondheim’s classic.

Inspired by Ingmar Bergman’s movie Smiles Of A Summer Night, the well known story follows actress Miss Desiree Armfeldt, her family and her (married) lovers over the course of an enchanted midsummer’s night in a country mansion. With a nicely coincidental touch, this production, in itself enchanting, has been staged in June almost as closely as possible to this year’s midsummer’s night.

In a sensible move for a sole performance, the cast performed entirely from the book and it says much for Alex Parker (of whom more later) that he could attract so many established names from the musical theatre firmament to take part. The cast were all excellent, with several performances being simply outstanding. Janie Dee’s Desiree had the required irresistible attractiveness that defined her ability to have two paramours in tow and her performance of the show’s melancholy signature number, Send In The Clowns was as confident and as moving as the song’s modest range allowed.

It was however in the performances of the two scorned wives that the production truly took off. Anna O'Byrne, as the 18yo virginal wife of lawyer/lover Egerman, captured the soprano naiveté and innocent charming beauty of her character perfectly. Hers is a complex and unforgiving role, nailed by the talented Australian. As Countess Malcolm, and Armfeldt’s peer, Joanna Riding gave the performance of the evening, with her character that is as comically caustic as she is  tragic. Her take on Every Day A Little Death, an almost tear-scorched look back on life as a cheated upon spouse was as moving a performance as is to be found. Riding and Dee were both Olivier winners as Julie and Carrie respectively in the National Theatre’s Carousel of 20 years ago and their stage reunion was an added treat for musical theatre connoisseurs.

Simon Bailey’s Count Malcom was an absolute cracker of a bristling Dragoon, clipped and precise and in a show with few props it was easy to imagine his accuracy with the duelling pistol. Other jewels in this glittering cast included Laura Pitt-Pulford’s Petra, the smoulderingly sexual maid to the Egerman household and whose solo number and the show’s penultimate song, The Miller’s Son, was a wonderfully passionate portrayal of a tart with a heart. As the hormonal Henrik, Egerman’s son and trainee priest, Fra Fee gave a master class of pent up adolescent sexual frustration that seemed poised to erupt at the slightest provocation.

The true star of the night however was young Alex Parker, who as well as producing the show musically directed, conducting an orchestra which at 31 members was considerably larger than those to be found in most commercial West End pits. Complete with harpist, this night’s music (far from “little”) was perfection and with  Weekend In The Country, which is one of the best act one closing numbers written,  the full sound of Parker’s ensemble with Sondheim’s glorious brass melodies suggesting  the delightful chaos to be unleashed in the second act was simply thrilling to listen to. Parker had rehearsed his musicians meticulously and on the (rare) moment when an actor stumbled, the confident musical backdrop maintained the momentum.

The evening’s standing ovation confirmed suspicions that this show is simply far too good to have a life of just one night. Parker’s vision in staging this production has been inspired and merits investment and a return to either Guildford or London. One only hopes that complex contracts can be negotiated to allow this glimpse of absolute theatrical joy a further lease of life.
Posted by Jonathan Baz at 15:21