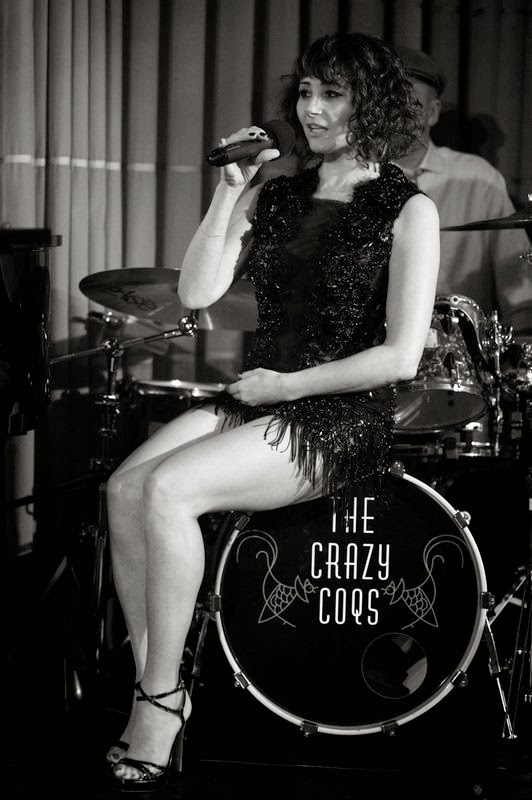 “You can’t have too much of a good thing” is the phrase and Frances Ruffelle is the proof. Barely four months after selling out London’s Crazy Coqs, she’s back with her Paris Original set and yet again the tickets are gold dust. Ruffelle believes in giving her audiences value for money and for the best part of two hours, with a five piece band and at least four costume changes, to say nothing of a set that smoothly links from jazz to rock to iconic Piaf with a sprinkling of musical theatre classics for good measure, she does just that.

Throughout, Ruffelle sparkles with an impertinent brilliance. Embodying the entente cordiale and opening with the ethereal romance of Un Homme et Une Femme, Ruffelle sets a coquettish style that’s simply way out of President Francois Hollande’s league. Her knowledge of Parisian culture and colloquialisms are a delight and whilst some of the Parisian connections to her material may be obscure, it doesn’t really matter. That her song selection includes segued nods to Boublil and Schonberg as well as Paul Simon and The Clash gives but a hint of her glorious un-conventionality and when talented daughter Eliza Doolittle sings a beautifully understated Chanson D’Amour, perched on a stool by the bar, it simply proves that every now and then even perfection can be improved upon. The young pop-star (who had loaned her mother some heels for the show!) did not upstage Ruffelle in the slightest and the kiss blown from mother to child after the cameo slot was fondly appropriate yet bursting with loving pride.

The Piaf moments continue to wow and with schoolboy soprano Cole Emsley reprising his Jimmy Brown, Ruffelle’s sublime Non Je Ne Regrette Rien and Hymn To Love (the audition piece that won her the chance to create Eponine on stage), tears flow. There has been talk of Ruffelle’s 2013 Piaf touring, though in the turbulent world of theatre finance this has yet to be arranged. With the singer packing out the Crazy Coqs so emphatically, producers need to wake up. Frances Ruffelle attracts theatrical royalty (even Sir Cameron Mackintosh had brought his mum) and in front of such a star-studded audience Ben Atkinson’s musical direction and Romano Viazzani’s accordion grace the moment perfectly.

Whilst this week may be sold out, Ruffelle can be seen on stage later this month in new musical The A-Z Of Mrs P that opens at the Southwark Playhouse. She only knows excellence in performance so its likely to be an outstanding show.

Runs until 8th February and sold out. Contact the venue for returns.
Posted by Jonathan Baz at 07:29