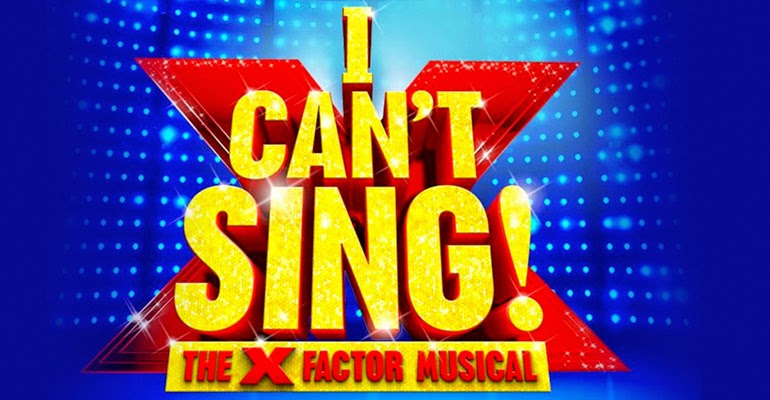 It is desperately sad news that I Can’t Sing! is to close at the London Palladium in two weeks time. Sad for the company, the creatives, the producers and sad too for those audiences who were booked to see it and will now be disappointed.

I declare a very modest interest in the show. I had thoroughly enjoyed it (with a 4* review here), it’s female star Cynthia Erivo had graciously taken time away from the her demanding rehearsal schedule (and shortly before she sang for The Queen) to be interviewed by me earlier this year (linked here) and I thought that Harry Hill’s brilliantly bonkers satire was sufficiently sharp, recognisable and non-offensive, for me to have booked 30 further tickets to take our office team to see the show in June.

I Can’t Sing! is a bang up to date pantomime that brilliantly lampoons an iconic populist TV show and which has been put together with production values that are excellent and expensive. Simon Cowell is to be praised for having injected millions into developing the show, a large proportion of which will have filtered down into the economy of hard working and often underpaid talented folk. Cowell had recruited the West End’s finest for his show and on a personal level for the actors, musicians and crew, nothing can make the financial pain of job-loss any easier. Sadly t’was ever thus in the fickle cut-throat world That’s Entertainment.

No-one outside of the producers could have predicted that it would depart the massive Palladium stage so soon and with a harsh two weeks’ notice for the cast at that, but as I wrote when the show opened, the writing was on the wall for an early West End closure from day one. I Can’t Sing! is a high-grade pantomime and I struggle to understand how the business genius that is Cowell (and which has now seen him ruthlessly end the show's Palladium life) could not have foreseen that a typical family, who may be used to paying around £30 a ticket (often less for kids) to see a local panto at Christmas, would struggle with finding £67.50++ each, to see his capers in the West End – and that’s before the cost of food, travel and quite possibly accommodation. I Can’t Sing! is the right show, but in the wrong theatre and at the wrong price.

It is early days to consider a future. This production’s wounds are raw and have not even yet begun to heal, but there could and should be a further lease of life for this marvellous quirky show, at least on tour. Much of its act one scenery comprises digital projections that are at the very least transportable and it shouldn’t be beyond the ken of the talented Es Devlin to re-design her cumbersome second-half trucks to something more compact.

Erivo should still be in the running for an award for her turn as Chenice. Her take on the show’s title song was nothing less than outstanding and one can only hope that come this time next year, the Olivier judges remember that she really can sing!


And at the same time as the closing notices are mourned, we should also celebrate the fact that this show was born at all. I Can’t Sing! is madcap and innovative, yet beautifully British and assembled with world-class stagecraft. The whole production team should feel proud of their artistic creation and hope that it can be shared with a wider national audience. It’s still a Yes from me.