Whistle down the Wind - Review 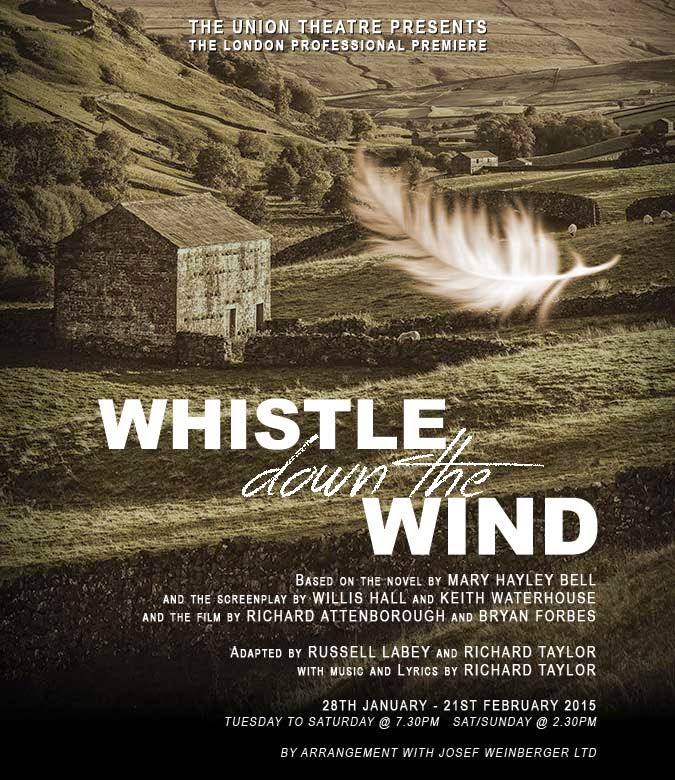 Whistle Down The Wind is a moving tale of trust and belief. When young Cathy discovers an injured man in her father’s barn who cries out in pain, 'Jesus Christ!', she takes his exclamation literally. As her siblings and peers come to believe that Christ is truly living in the barn, so too does the cynicism of their parents grow – and amidst questions of faith, immortality and humility, the musical builds to a troubling stand off between parents and children. It’s a powerful story, presented in the Union’s intriguing confines with an economic elegance and sensitivity.

Most of the musical plays out through the eyes of Cathy,  played by Grace Osborn and her siblings Charles (Alex James Ellison)  and Nan (Imelda Warren-Green). It’s a massive responsibility for the three performers to shoulder but they bear it well. Their connection and bond is enchanting to watch, whilst their child-like characters convince completely. If their singing occasionally lacks energy and volume, their acting shines.

Sasha Regan’s direction is well honed, coaxing tears from her actors and building to an ending that is genuinely frightening. The all-adult cast perform the child roles effectively with the Nativity scene, led by a weary teacher played hilariously by Danielle Morris, proving a stand out moment.

The Union's simplistic and bare space was the perfect setting for this humble story, with subtle changes in set and costume being cleverly executed, a wooden thatched divide contributing much to ambience and setting were very cleverly done. David Griffiths band delivered the (much underrated) score beautifully.

There is much that is touching and surprisingly witty in Whistle Down The Wind. Bravo for a simple story, told with passion and which proves to be another fine example of the quality to be found in London’s fringe.