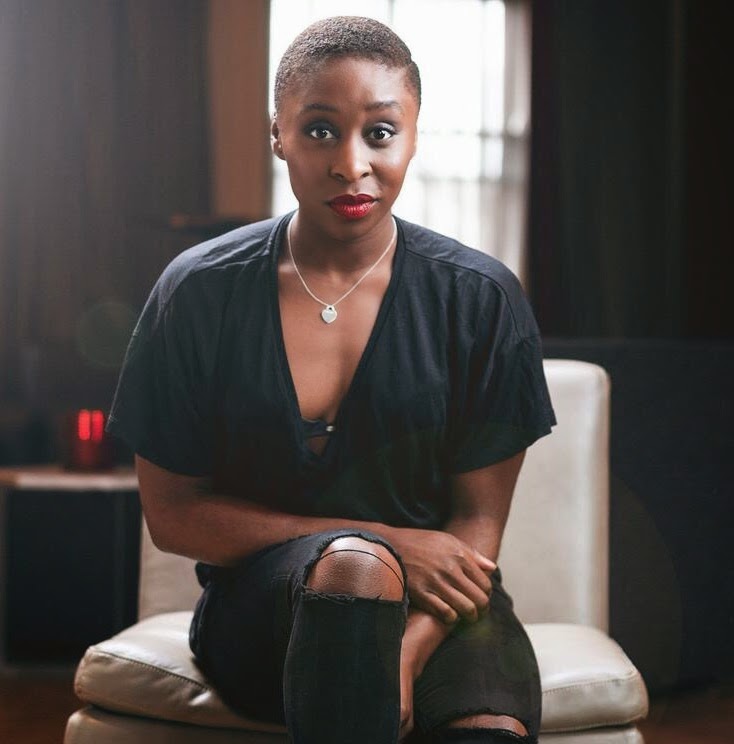 There are few Leading Ladies that have accomplished so much, so young, as Cynthia Erivo. Having starred in a sell out run of The Color Purple and provided the vocal excellence to the most inappropriately named show of 2014, I Can't Sing! (she really Can Sing!) and led a recent national tour of Sister Act, it was only going to be a matter of time before she headlined her own gig. The lofty yet surprisingly intimate Kings Place, tucked behind the back of Kings Cross was packed to hear this most youthful of divas perform Hear My Soul, a collection of songs that she had either written or been inspired by.

There was an attention to detail surrounding the concert that is the hallmark of Erivo's approach to her craft, from her carefully worded programme notes, to the five piece band she'd assembled under Tom Deering's skilled direction. Apart from her encore (of which, more later) Erivo avoided the songs from her big career shows to date, opening the show with Signal, one of several of her own compositions that were to feature amongst her set list. Smoothly segueing into a charming cover of All of Me, the honey-voiced chanteuse sang the John Legend hit with her boyfriend Dean John Wilson in a duet that was as touchingly delivered as it was perfectly pitched.

Labrinth's Jealous saw Erivo purr like the engine of a Rolls. Her rarely heard (and incredible) lower range giving the song the velvety texture it deserved. Another self-written number, Fly Before You Fall which also serves as the title track to the movie Beyond The Lights, proved to be the most beautifully crafted of her compositions and gave the most poignant depth to the evening’s first half, though the highspot of the pre-interval set was unquestionably the spine tingling fidelity that Erivo beautifully laid upon Dreamgirls' One Night Only.

Having opened the evening in a gorgeously tailored trouser outfit, Erivo returned for act two in a subtle yet sensationally fitted red gown. Commencing the second with Whitney Houston's I Wanna Dance With Somebody gave the evening's only blip, with Erivo surprisingly rooted to her microphone stand, as her line-up briefly resembled a wedding-reception covers band. The song demands movement (the secret's in the title) and a big Whitney dance number needed big dance and Erivo needed (and to be fair deserved) some better direction from her producer.

No matter, for next up and staying with Whitney's family, was a sensational take on Aretha Franklin's Ain't No Way. The crowd went wild for the diminutive songstress and as Erivo moved up through the gears, her home straight was a succession of classic songs smashed right out of the park. Arlen and Harburg's Over The Rainbow, a song that can easily be mauled in clumsy hands, was given the most perfectly fragile confection of excellence, whilst Somewhere from West Side Story offered Erivo a rare moment of self-indulgence, telling her audience that this was to be the first time she had ever sung the song live and then, only because she loved it and would quite possibly never be cast to perform it.

Somewhere was, of course, flawless before Erivo returned to Dreamgirls for a knockout And I Am Telling You. Overcome by the power of the song and the audience reaction that she was inspiring, the singer had to pause before delivering the song's monumental final bars. Erivo suggests the power and majesty of a youthful Diana Ross. It really is quite simple - Dreamgirls has to come to the West End and when it does, Cynthia Erivo's Effie needs to top the bill.

The cheering, standing ovation led into an encore that could only have been a sensational delivery of I'm Here from The Color Purple, a show that barely two years ago had imprinted Erivo's name onto the capital's theatre-going psyche (and if there was any justice, so should have deserved its own cast recording too!)

As she re-lived that most passionate and beautiful of songs, spines tingled again. Igniting musical theatre Cynthia Erivo is one of her generation's greats and truly is the brightest of rising stars.

You can see Cynthia Erivo performing, live with Scott Alan, at London's St James Studio from 4th - 6th May 2015
Posted by Jonathan Baz at 13:28