Coming in the midst of the London Festival of Cabaret, Scott Alan leaves a very distinctive handprint on the genre. Typically contemplative, his songs touch emotions that are common to us all - love and loss, rejection and reflection. It is however in Alan's sharing of his life with his audience, (where his pre-song spiel can often last longer than the song itself) that he re-engineers cabaret. Where earlier in the week this pied-piper of songwriting had assembled a phone-book sized guest list of artists to sing his work, tonight was one of a three-night residency simply featuring Cynthia Erivo alongside the songwriter.

I have written before of Erivo's handling of some of Alan's most sensitive work and as Broadway beckons, it is plain to see that she is not only one of Alan’s most cherished friends, she is also fast becoming a muse to his creativity.

With one of the strongest yet most perfectly controlled voices of her generation, Erivo brings a polished fragility to Alan’s soulful verse, her take on And There It Is displaying an almost ethereal impishness as her lightly smiling face belied a lyric of complex emotions.

When the pair occasionally duetted, their sensitive counterpoint added a depth. Always, which ended the first half was exquisitely rendered and later it was to be Alan who (surprisingly) delivered the opening lines of Anything Worth Holding Onto before Erivo joined him in a song of remarkable profundity that she has long laid claimed to.

The act one closer was preceded by a confessional to the microphone of the painful loss Alan still feels for Kyle, an ex-boyfriend now deceased. As Alan sobbed at the microphone, there was a sense of witnessing a man on a high wire, as this gifted composer continues to challenge his demons, though any hint of audience prurience or of performer-sensationalism should be swept aside. Alan continually battles his depression and chooses to do so, at times in public and at a piano. His message to those who criticise his on-stage confessionals was blunt. Knowing that his words have inspired other depressives to choose life, he values that contribution over a critic’s carping. It is impossible to fault the man’s integrity, nor to be inspired by his message.

It wasn’t entirely Alan and Erivo. Oliver Tompsett returned to the St James’ stage with a gorgeously nuanced Kiss The Air, Alan’s paean to his mother left bereft after his father’s abrupt marriage walk-out. Tompsett was also to earn an ovation when he was thrust (by Erivo) into joining her in Never Neverland, a song that was not only out of his range but one that he was also completely unfamiliar with. Tompsett rose to the challenge – and where Alan can often be a Lord of Misrule, subjecting his singers to impromptu set-list changes and additions, it was a treat to see him for once hoist with his own petard, Erivo delightfully calling the shots.

Their sold-out run ends tonight – and if Alan needs anything to hold onto at all it is knowing that whilst Erivo is in New York with The Color Purple, the two of them could pack out 54 Below every Sunday night for a year. Get ready to book your tickets, you read it here first! 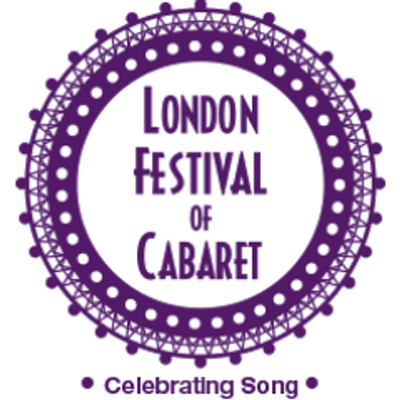