Of Thee I Sing - Review 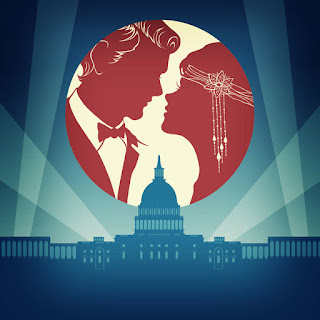 All credit to Elliot Davis, Senbla and the genius of casting director Anne Vosser, for assembling such a platinum plated cast to perform the little known Of Thee I Sing. But whilst this one-night-only's company was majestic, the show itself plumbs the crassest depths of jingoistic prejudice, sexism and febrile farce. Quite how it won the 1932 Pulitzer Prize (the first musical ever to do so) beggars belief.

Described as a lampoon of the American political machine, Of Thee I Sing not only mocks the nation’s executive, it mocks a dumb redneck electorate too, spinning a ridiculous yarn surrounding the election and subsequent presidency of a John P Wintergreen. The story does not merit description, but on the Festival Hall stage, some of our finest performers nonetheless proved that that they've truly earned their 5* reputations.

Offering a Rowan Atkinson inspired Vice President, Tom Edden was a masterclass in comic timing and presence, though when it comes to world class excellence in comedy acting through song, there is none finer than Peter Polycarpou, whose blustering French Ambassador made the very best of an awful role.

There is only one real (and gorgeous) classic Gershwin number in the show, Love Is Sweeping The Country and the tightly choreographed routine, as well as a delicious delivery that Daisy Maywood and Gavin Alex gave to it in the compact space available, proved the evening's highlight. To be fair everyone else on stage was fabulous too, including Gareth Snook playing a multitude of roles and some polished ensemble support from the Musical Theatre Academy.

Under Michael England’s baton the Royal Philharmonic Concert Orchestra were delightfully spot on throughout the evening.
Posted by Jonathan Baz at 00:14