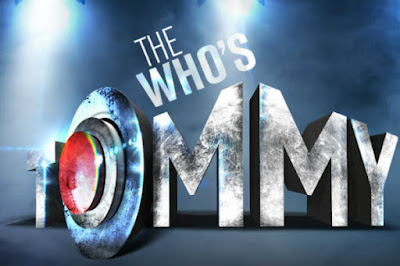 Ramps On The Moon’s production of Tommy, directed by Kerry Michael, is a truly wonderful production. As the rock opera created by The Who is famously about a “deaf, dumb and blind kid”, so does this work build upon a cast, at least half of whom triumph in their performance over a range of disabilities.

The story telling is clear and alongside Michael’s deft and moving direction, Mark Smith (himself deaf and who choreographed a stunning Tommy two years ago at Greenwich) again does wonders with his dancework, offering yet even more truth and honesty to the complex moralities of the tale.

The casting is ingenious. Peter Straker’s Acid Queen is astonishing vocally, with a stage presence alone that exudes power and is worth the price of admission! Pete Townsend has even written him a new song in Act 2, that rounds off his character perfectly - and remember: when Tommy first played in the West End in 1979, Straker was the show's Narrator.

Shekinah McFarlane’s take on Mother is out of this world - this talented performer has a voice that firmly places her in the diva category as she remains one to watch.

In the title role, Tommy is played beautifully and emotionally by newcomer William Glint. When he sees his father for the first time and shouts out ‘Daddy’, spines tingle. Max Runham sings powerfully as Captain Walker and his scenes with Glint are very touching. Garry Robson is a suitably gruesome Uncle Ernie.

The whole ensemble play, sing and dance many roles throughout the show, with a mention too to Robert Hyman’s sensational band, who break out into character parts as well as playing their instruments.

This Tommy is a magnificent production that serves to highlight the scarcity of disabled people on stage generally and it is a shame that it takes a ground-breaking production like this to point that out. Hopefully more theatre companies will be inspired by this example.

Reviewed by Trevor Davies
Touring until 1st July
Posted by Jonathan Baz at 17:23