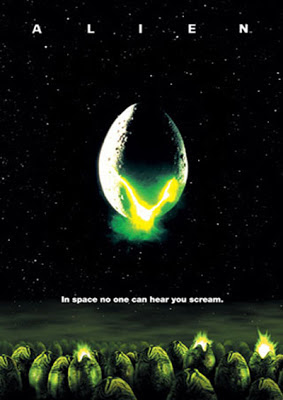 In 2001, Ridley Scott answered my questions regarding one of the most famous cinema scenes ever, when the alien erupts from John Hurt's stomach, during breakfast on the Nostromo

Jonathan, London, UK: When the Alien erupted from John Hurt is it true that the other actors had not been warned and that their looks of horror were genuine or is this a movie myth?

No it is true. I figured that once you had seen it - it is a bit like telling a joke, once you have heard it, it is only half as funny when you hear it again. I thought there was absolutely no future in showing them the baby and therefore he came in literally under wraps - under Roger Dickins' wrapped wrist and was covered in a cloth. John Hurt hadn't seen it either - who was about to give birth to it. He was bent double under the table with his head back with a false chest. The chest was screwed to the table with a hole in the middle where we had to weaken the threads of his tee-shirt because I figured that when the head came through it wouldn't burst the tee-shirt.


We had all the actors around playing and we ended the scene at the moment when it would appear and they were all starting to look a bit concerned about the fact he was now thrashing on the table as if he had swallowed something.

And they didn't know what was happening at all?

No. Well they knew something ghastly was about to happen and then there it was. I had several lines under high pressure of blood - which was actually raspberry juice - that was rigged all around the table and I had about seven cameras. I figured it would make such a mess and I only wanted to do one take so I could look at it the next day - because it would take 12 hours to clean the set up. The line broke loose and Veronica Cartwright was sprayed with this blood - she went over the back of the sofa that she was sitting on and I used the shot - I used it all. Some were in disbelief - well you saw the reaction. I said fine let's look at the rushes and that was it - I only did it once.

Full interview can be found here
Posted by Jonathan Baz at 22:39