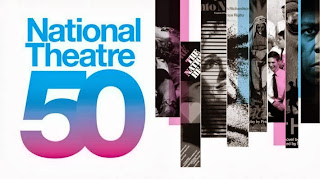 As a part of the NT50 celebrations, The Shed at the National Theatre was nicely filled to warmly welcome Imelda Staunton and husband Jim Carter to a platform performance Q&A as part of the "National Histories" series. No audience participation, rather the discussion was their responses to10 questions that the NT are posing to all participants / performers in this season.

Cranford, Carson and Vera Drake were off-limits for this chat, it was strictly the actors' reminiscences of time spent working in, or simply watching, NT productions. Not surprisingly Richard Eyre's1982 production of Guys & Dolls featured heavily in the discussion. The couple first met at the show's first read-through and were married two years later. Staunton who had previously played lead roles in provincial reps. spoke of the humbling awe she experienced, joining a company led by Bob Hoskins, Ian Charleston, Julie Covington and above all, Julia McKenzie. Staunton has gone on to achieve greatness on stage and screen, yet her and her husband look back on that show with particular fondness. As an actress not usually cast for a glamorous look, Staunton took delight in the fur stole, sequinned bodice and lacy gloves that she then had to strip out of in Take Back Your Mink, describing it as her favourite costume ever, with Carter concurring that his favourite dressing-up role was the glamorous transvestite outfit from the show's Cuba routine. (Who knew that all through Act One, menacing mobster Big Julie was sporting fishnets underneath his double-breasted suit?)

Both spoke warmly too of the people values that the National inculcates amongst its staff, describing the backstage, technical and stage management crews as the finest in the world. They spoke of the longevity of employment that exists amongst the National's team that has fostered a culture of care and concern in looking after it's performers, whilst at all times striving towards excellence. (That culture has evidently been maintained, with 2013's newcomers to the National’s Light Princess company privately expressing astonishment to me at quite how well they are cared for.)

Staunton and Carter both expressed their admiration for the quality of acting that permeates a typical National company and not just amongst the star names. Whilst Anthony Hopkins' Lambert Le Roux in Howard Brenton's Pravda earned their plaudits, they were both spoke of their admiration and respect for NT stalwarts that included the likes of the late Michael Bryant and who consistently delivered excellence in supporting roles.

The 45 minute chat was but a tiny peek into the recollections of a talented couple whose personal lives owe so much to the NT and who have also given so much to the NT canon of work. The National Histories series continues through October. The guest list is mouthwatering. Not to be missed! 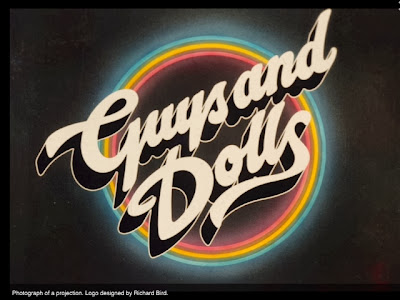