Beneath The Dress - Review 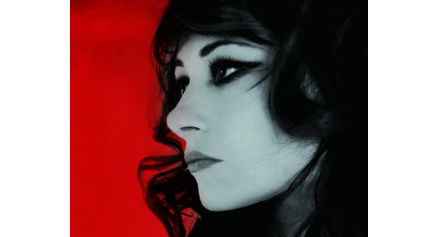 Back by popular demand, Frances Ruffelle brought her song cycle of a show, Beneath The Dress, to a packed out Crazy Coqs for two nights only.

In what was to prove an eclectic, coquette-ick whirl, Ruffelle ‘s one-woman one-act set drew on a collection of mainstream and left field numbers from both sides of the Atlantic. In parts whimsical and reflective, at other times outrageously celebratory, those who know the singer well may perhaps recognise the moments that she has suggested hint at autobiography.

Ruffelle’s entrance through the crowd offered a provocative wit, with the singer soon into one of her own compositions, Hit Me With A Hot Note, proving she not only possesses one of the most gorgeously controlled and distinctively timbred voices around, her writing is neat too.

Above all, Ruffelle is one of those uber-talented women who defines the craft of acting through song. The students of today need to watch her and learn, as she imbues just the right amount of melancholy into Rodgers and Hart’s Ten Cents A Dance, whilst her take on Lilac Wine the James Shelton 1950 classic and made famous in turn (depending upon your age) by Nina Simone, Elkie Brooks and latterly Katie Melua, was revelatory. Ruffelle understands her songs intimately, coaxing newly discovered nuance and poignancy from numbers we thought we knew well.

The unpredictability to the set list mirrored Ruffelle’s cutely distinctive persona. Tom Waits’ Christmas Card From A Hooker In Minneapolis is probably not often heard amidst the art-deco swirls of the Crazy Coqs, likewise the car crash of a number that is Coffee from See What I See. Each though added to the confection of reflection that made up the night.

The show wouldn’t have been complete without a nod to Ruffelle’s most celebrated creation, Les Miserables’ Eponine and with several tributes to Piaf throughout the evening, including an enchanting mash up that saw Piaf’s classic Hymn To Love segueing in and out of Les Mis’ On My Own, it is clear to see Ruffelle has a metier that's firmly rooted in the entente cordiale.

David Barber’s five piece band were excellent in support and as ever, producer Danielle Tarento’s commitment to excellence had ensured a polished turn. Beneath The Dress show has already toured widely and these two nights were not enough. Ruffelle fills the venue, not just with an audience but a gorgeous ambience too – The Crazy Coqs should get her back soon.
Posted by Jonathan Baz at 11:47