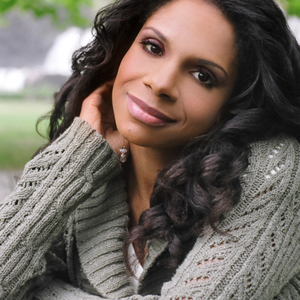 There are occasions as a reviewer when it is simply a privilege to attend a performance. Sunday at the Leicester Square Theatre and in a one-night only visit, Audra McDonald ending her 63 city tour was one such occasion.

Much has been made of McDonald's 6 Tony wins and she is typically spoken of with reverence. But with it having been nigh on 15 years since she last performed in London, it has only been those lucky enough to have seen her perform on the other side of assorted oceans that have been able to testify to her on-stage reputation.

A 90 minute set, accompanied throughout by Andy Einhorn on piano, saw the diva take us on a tour of the American Musical Theatre Songbook stretching back almost a century. Opening with the gorgeous but little known When Did I Fall In Love? from Jerry Bock and Sheldon Harnick's Fiorello, the audience experienced for the first time the vocal magnificence that underline's McDonald's performances - and with that one opening number McDonald confirmed just how deserved her reputation is.

Her voice is akin to the 7 litre V12 engine found in a Rolls Royce Phantom. Smooth, immaculately tuned and able to purr perfectly. Yet also, effortlessly and in a blink, able to glide to a display of breathtaking power. That is Audra McDonald.

Her selection ranged from Gershwin to Jason Robert Brown, giving Brown's Stars and the Moon from Songs For A New World a gorgeously assured delivery. McDonald's interpretation of Sondheim's The Glamorous Life (a part confessional, sung from the perspective of her loving teenage daughter who has had to grow up with a mom on tour) displayed the most remarkable arrangement, condensing a number designed for three voices (at least) into a sensational solo.

But it was in tackling Broadway's biggest songs that McDonald re-defined unsurpassable. From Porgy and Bess her Summertime was sublime, before she eased into one of the greatest 11 o'clock numbers ever, Maybe This Time from Kander & Ebb's Cabaret. The song has the most delicious of slow builds and the audience listened in a rapturous anticipatory awe as McDonald effortlessly scaled the number's delicious key changes, leading to a final reprise that tingled every spine in the room.

Cunningly - and whilst not a classic, still a Kander & Ebb gem - McDonald broke our hearts with a delicately plaintive Go Back Home from The Scottsboro Boys. Hop a freight? McDonald had me riding a boxcar, sobbing.

The evening closed with McDonald treating us to her Mother Abbess, as broadcast live in the USA's Sound Of Music a few years ago. Again, she didn't just Climb Ev'ry Mountain, she scaled its lofty crags, perching on vocal footholds that lifted her to heights not often seen on the London cabaret circuit. We rose as one to salute her.
Posted by Jonathan Baz at 00:18