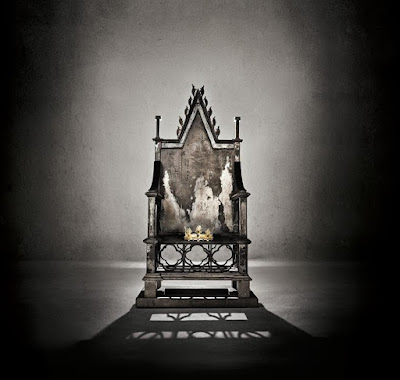 The RSC’s opening to Shakespeare's 400th anniversary year could neither have been more extraordinary nor ambitious: the full cycle of the Henriad performed as an entire historical epic.

The four shows which in their original productions were already examples of English theatre at its finest, achieve new depth and strength when witnessed as a single event. Being able to follow the development of the characters from the very beginning and through each play is an enlightening and immersive experience for the audience and no doubt for the actors too.

Looking at Richard II, Henry IV and Henry V in temporal continuity, one after the other gives a new perspective to their deeds and emotions: they appear more human, less kings, no longer absolute protagonists of their own single play but parts of a greater scenario.

The set, ingeniously designed by Stephen Brimson Lewis and thanks to impressive projections on curtains of small metallic chains, becomes the unchanging historical frame. The throne, the crown, the arches of Westminster are always there, unchanging throughout the years, real grandiose witnesses of the fate of King after King who inhabits them.

From that fresh perspective Richard II, Henry IV and Henry V are merely men: weak, brave, vicious, self-questioning, strong, doubtful, destined to pass, to die – their deaths to be regretted later, even by those who killed or betrayed them. To see the complete tetralogy helps us to read this clearly: the history of the country and the stories of those men.

For the successful delivery of such a unique venture the director Greg Doran can count on the truly astonishing abilities of a stellar cast led by David Tennant as Richard II, Jasper Britton as Bolingbroke/Henry IV, Alex Hassell as Prince Hal/Henry V and Antony Sher as Sir John Falstaff.

Tennant’s Richard II conveys brilliantly the complex inner struggle of the last medieval king. Successor to Edward III, Richard II and ascending the throne when he was just 10 years old, he firmly believed he was entitled to the power by God. Shakespeare shrewdly sets the action during the last period of his reign when he was more a corrupted and self-obsessed tyrant than a king. The audience knows this, but nonetheless his astonishment and suffering at being deposed by mere mortal men are so engagingly portrayed by Tennant that it proves almost impossible not to sympathise.

Where Tennant’s Richard is pure nerves and aristocratic snobbery, Jasper Britton’s Bolingbroke (later Henry IV) is a neat and solid presence from his first entrance. If, as I have already said, no-one can avoid feeling Richard’s sorrow, it is at the same time equally impossible to perceive Bolingbroke as a wicked usurper. Seen via the three works, his becoming Henry IV appears just a step on the path of history towards newer, more modern times.

Henry IV's and Henry V’s development through the cycle is reason enough in itself to participate in the whole event. Jasper Britton’s performance is magnificent and flawless: from fighting soldier to strong king to ill monarch he is at every moment utterly convincing.

But it is with Alex Hassell’s Prince Hal/Henry V that we have the real crescendo. Hassell’s ability to transform from a daredevil Prince of Wales to a warrior King to a clumsy lover is mesmerising, especially as he achieves such results with a more naturalistic, lower-key delivery. We are not in the presence of a self-conscious King, what we have here is a great human monarch who is trying to learn how to build himself and his country.

Obviously the transformation from being Prince Hal to becoming King Henry V would not be so credible without the hulking presence of Antony Sher’s Falstaff. The jovially immoral friend of binges is played with a mix of practical common sense and jolly enthusiasm by Sher. The scene of their last meeting has the power to sound like the end of an era. The childish Prince is dead, long live the King.

On this unmissable occasion the leading men have the support not only of a superb cast but also of virtuoso live musicians in delivering the most sublime theatrical and Shakespearian experience seen in a long while. Twelve hours over three days may not seem right for everyone, but it truly is a unique event and a commitment you won't regret.