Through the Mill - The Three Faces Of A One Man Woman 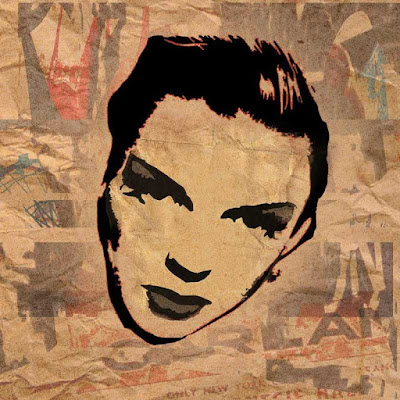 As Ray Rackham's Through the Mill prepares to open at  the Southwark Playhouse, Paul Vale takes a look at this play based around Judy Garland and the men she loved.


There can be no doubt that entertainer Judy Garland continues to be a source of fascination for people working in show business. The body of work she left as her legacy encompasses major motion pictures, television, recordings and historic live performances, but it is Garland's chequered private life that captures the imagination of actors, playwrights and directors more than 40 years after her death.

Garland's movies are regularly shown on networked channels; Peter Quilter's play End Of The Rainbow is currently wowing audiences on tour; Liza Minnelli and Lorna Luft continue to reference their mother in sell-out shows and now writer/director Ray Rackham has created his tribute to Garland's incredibly theatrical and turbulent life in Through the Mill. For those among you confused by the title, it's a line in Garland's signature number 'The Man That Got Away'. Appropriate as Through the Mill is a musical play that concentrates of the men in Garland's life.

While three actors play Garland in this non-linear play with songs - Lucy Penrose, Belinda Wollaston and Helen Sheals - there are seven actors who make up the men in Garland’s life include newcomers Perry Meadowcroft, Chris McGuigan and Tom Reade; Shakespearean actor Harry Anton; fringe theatre regular Joe Shefer; stand-up comedian Rob Carter; and West-End veteran Don Cotter. They bring with them a collection of musical instruments, for in this new take on the traditional icon biopic, the actors who play Judy’s supporting men are also her supporting band.

Author Rackham explains, “When I was writing the piece, I always thought it would be a neat conceit to have the men who played a significant part in Garland’s story also provide that incredible orchestral sound that is so typically Judy. We’ve found an extremely talented bunch of actor-musos, who not only portray the male characters with such sensitivity, but can also pick up an alto sax and play a ‘Get Happy’ solo in the entracte.”

“The opportunity to play a real character with history is what drew me to Through the Mill” says Tom Reade, who plays Roger Edens in the play, “particularly as my character is one of the few truly good men in her life. I believe her chaotic love life was a product of an insecure and loveless childhood. The moments we see with Edens in the play are often the few pockets of happiness and excitement in an otherwise complex and stressful world”.

“It is this incredibly theatrical and turbulent life that Through the Mill explores” says Chris McGuigan, who plays acclaimed film and theatre director Norman Jewison in the play. “Judy is an icon, a legend with surprising volatility and fragile vulnerability. The play beautifully demonstrates Judy’s resilience through the adversity in her life, rather than relishing her low points and shortcomings of later life, which I think is much more worthy of celebration”

Often referred to as the ‘least worst’ man in Garland’s life, Sidney Luft was very much the man who didn’t get away, for a while at least. From their first meeting in 1950 to their marriage in 1952 and eventual divorce in 1965. To many, Luft was an opportunist to clung onto Garland’s star for as long as he could. Playing Luft however, Harry Anton has a somewhat different take on his relationship with Garland.

“I think it says a lot about Judy that her longest relationship was with this tough New Yorker,” Anton explains, “in that she wasn’t at all like the Judy Garland that the public had imagined. She was tough. She carried a lot of pain”.

Anton is the only character in Through the Mill who gets to work with more than one of the three actresses playing the legendary singer. “I’m very lucky in that I get to act with two ‘Judies’, who both bring out something different in me through the differences in their own performances. Belinda Wollaston brings so much passion and fire as the 1951 Judy, but also brings a massive vulnerability. Highs and lows. That’s how it feels playing the part. Always on the edge, almost like stepping into a ring.

But, like any relationship, there has to be love present, so it helps having someone like Belinda who I can trust, and we’re both comfortable finding all these different levels and vulnerable places that the characters get to.

When I am playing opposite Helen Sheals as 1963 Judy, it’s a much steelier, wiser version of Judy, who holds all of the power. Helen’s Judy is the driving force of the scene, and in a way Helen is that as well, so I just kind of hold on and let her do her thing.”

Garland was painfully conscious that she had no formal training before joining the movie making factory that was MGM; and it was that lack of stage-education that led to an inferiority complex that she never truly lost. Always incredibly perceptive, it was Garland who suggested that this complex resulted in a deep rooted anxiety that worsened as she aged. This came to a head significantly in 1963, in scenes depicted by Sheals’ Judy, where during the filming of her ill-fated television show, the CBS executive Hunt Stromberg Jr, played by Rob Carter in the play, was never far from her wrath.

Says Carter, “Theirs was a fractious relationship, two strong characters trying to suss each other out, relishing the upper hand when they had it, and doing everything to get it back when they lost it. By the end of Through the Mill, I think they’re both tired of the games they’ve been playing and we get to see the people behind the masks.”

Carter has nothing but praise for his co-star Sheals, “Helen is an absolute pleasure to work with.Always present, always enjoying herself, she really breathes life into the scenes and makes it very easy to bounce off her.”

Ray Rackham has the last word. “It’s no doubt that Garland’s relationships with the various men in her life were not always pleasant and in many cases were hugely destructive” Rackham comments, “but I didn’t want my play to reflect only that. I wanted us to celebrate her triumphant nature as much as witness how cruel life can be”.

Through The Mill opens on 6th July and runs until 30th July, at the Southwark Playhouse, London.
Posted by Jonathan Baz at 22:41